On Thursday February 2 at 16 h 53, four policemen control a group of youths from Aulnay-sous-Bois. Théo L., neighbourhood educator, comes near. The four policemen arrest him, make racist remarks to him (he is black) and rape him with a duty weapon. This comes after decades of ethnic profiling in the underground and popular neighbourhoods, the murder of an environment activist, the violent repression of strike pickets and of youths demonstrating against the labour law.

The aggressor policemen are left free; on the other hand, young people accused of having thrown stones are sentenced to non-suspended prison terms.

Those who approve the criminals in uniform

The candidate presented by LR and the UDI, Fillon, uses as pretext explosions of anger to demand mandatory minimum sentences, the age of criminal majority at 16 years and thousands of additional prison places. One must say that Fillon is skilled in white collar delinquency.

The candidate presented by the FN, Le Pen, rushes immediately in a police station to assure policemen of her complicity. One must say that the founder of the party she inherited was a torturer of Arabs during the Algeria war.

The candidate Macron, ten days after the crime, calls at a police station, promises to increase the powers of police and to create 10 000 additional jobs of policemen and gendarmes as well as 15 000 places in prison. One must say that Macron is skilled in banditry since he has worked for a business bank.

Those who cover the criminals in uniform

The PS-PRG-PE government, by realising, after the attacks, national unity (from the FN to the PCF; from the Medef to the CGT, FO and Solidaires), restricted freedoms and reinforced the police, the army and secret services. It increased their manpower: 2 300 additional soldiers in 2016; 15 300 more jobs in police and law during the five-year period.

The government, by yielding to demonstrations of policemen flanked by the fascistic party FN and fascist groups, by giving them the right to use firearms, by sending them against demonstrating and striking workers, encourages them, gives them the certainty of impunity.

The trade union leaders Mailly and Martinez, by pitying policemen who bludgeoned and gassed demonstrators and then by supporting the factious demonstrations of policemen, encouraged the forces of repression instead of intimidating them and holding them in respect by the general strike, the defence of demonstrations and blockings.

The parties of workers’ origin who showed the greatest understanding for the demonstrations of policemen (PS, PdG, PCF, LO …) also have their responsibility. The candidates of “reformist” parties want furthermore to reinforce the army and police: Hamon, supported by the PS, promises 5 000 more policemen; Mélenchon, supported by the PdG and the PCF, overtakes him on his right with 10 000.

How to make an end with police brutality?

The urgency is the united front of organisations that grew out of the working class in defence of Théo L and other victims of police abuse.

The repeated presence of the PCF and the PS in governments has never changed the role of the police and army. The State is the instrument of the ruling class, and its core is the apparatus of repression (police, law, army, secret services). The French army wages war in Mali, in Syria and in Iraq while the police patrols in popular neighbourhoods like an army of occupation. The greatest polluters are the managers of multinational firms, the greatest terrorists are imperialist armies that destroy entire countries (Iraq …). And the victims of police violence are first of all the poor, not the bosses who cause suicides of waged workers or work accidents (150 fatalities each year in the building trade against a handful in the police), who use fiscal paradises or who lay off (as PSA at Aulnay), nor politicians at their service like Le Pen father, Sarkozy, Fillon or Strauss-Kahn.

The demands of policemen lead to less democratic freedoms, to more repression of the exploited and oppressed. The police “unions” have thus nothing to do in labour confederations (FO, CGT, Solidaires …).

The Commune of Paris dissolved the bourgeois police in 1871. The armament of population allowed the social and democratic conquests of 1945. The labour movement must return to its programme, the one of the Workers’ Party of 1880 and of the Communist Party of 1918: defence of struggles and organisations against the police and the thugs of capital, disarmament of bodies of repression, armament of the people, workers’ government. 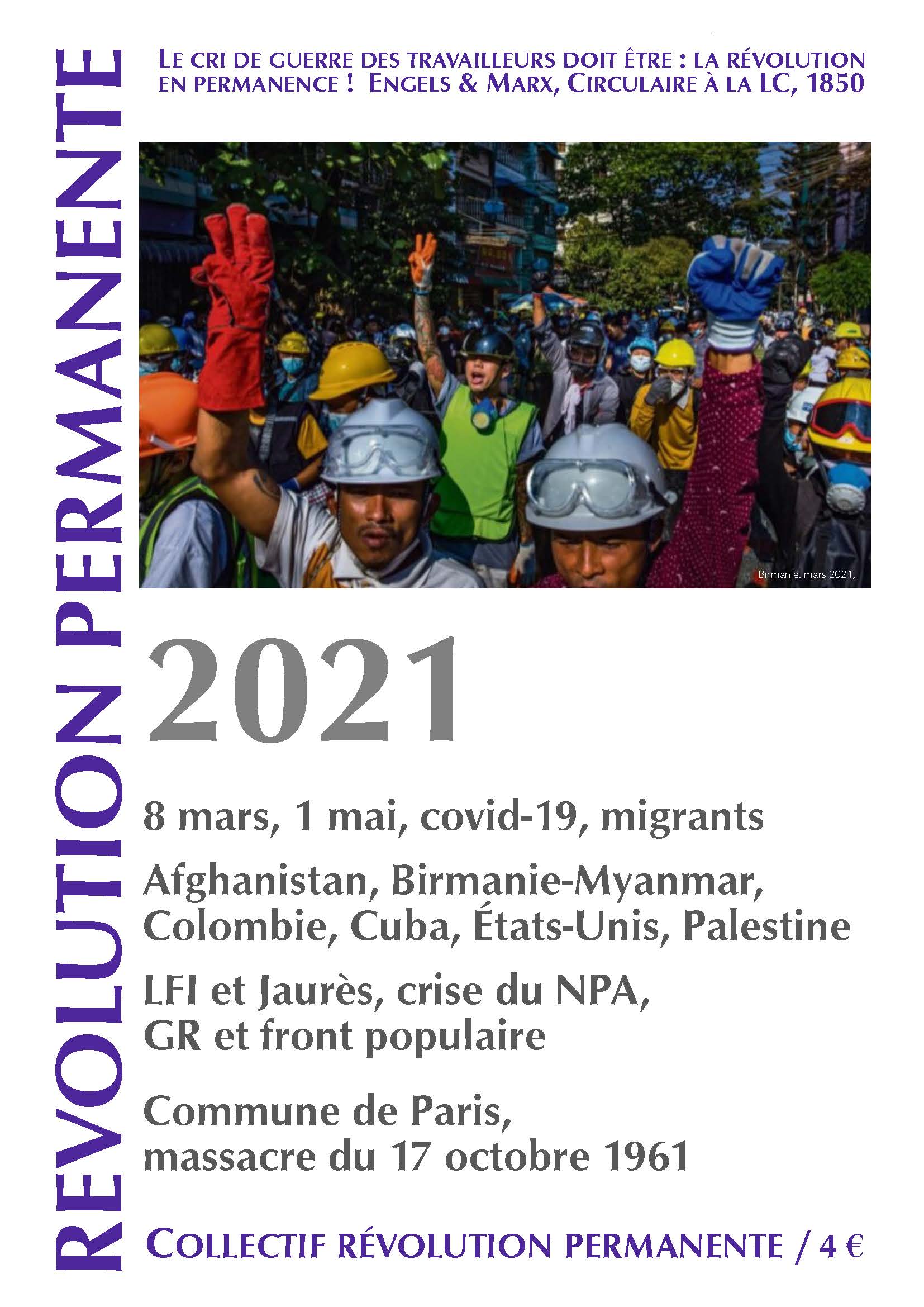 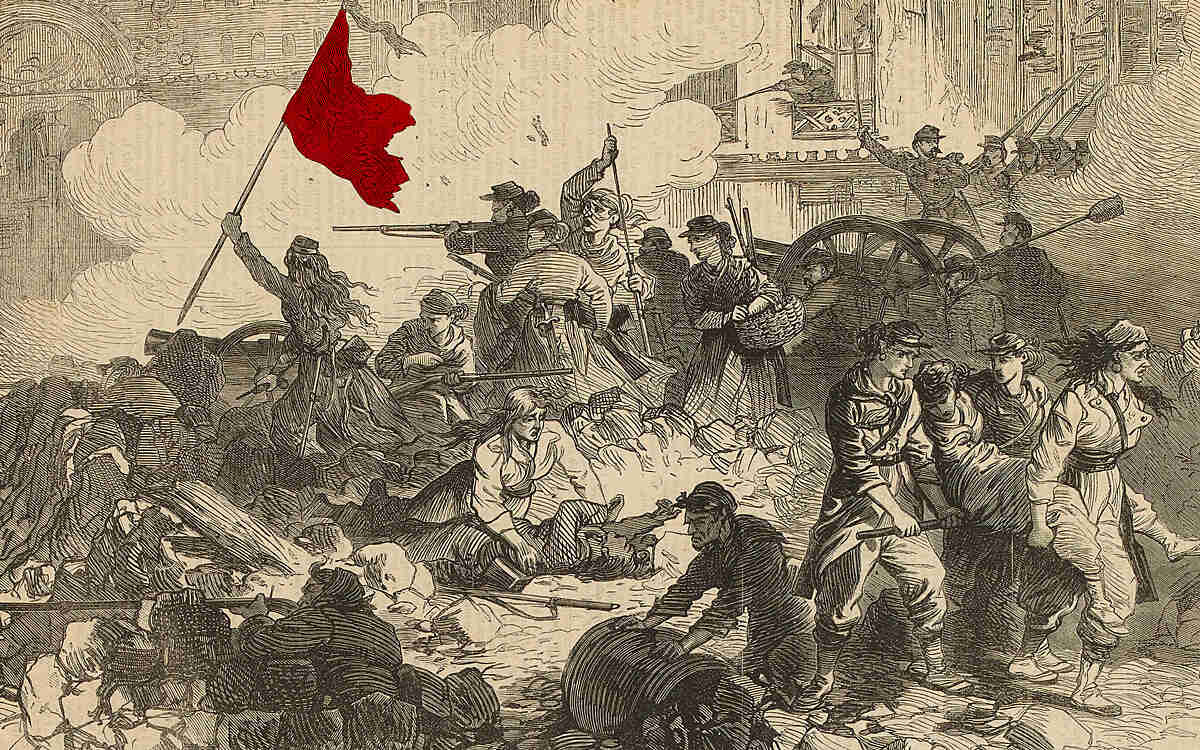